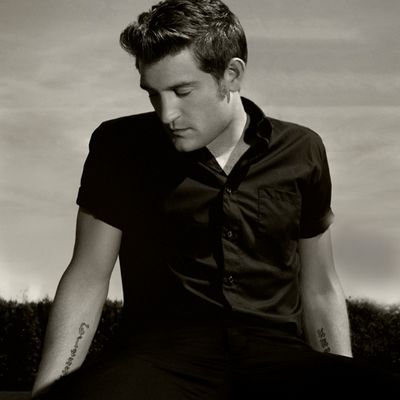 Meet soul-pop crooner Alex Boyd, one of Jive/Sony Music's most-anticipated new signings who is gearing up to release his debut single "Light Up Tonight." Inspired by artists as diverse as The Beatles, Metallica, Johnny Mathis and Eminem, Boyd combines retro-styled melodies with groovy pop hooks that are dominated by his soaring, soulful vocals.

After growing up in northern Virginia, the hockey-playing suburban teen attended Washington DC's famous Duke Ellington School of the Arts where Boyd discovered his love for soul, R&B and hip hop while learning the techniques of classical voice. After a short stint in Michigan to study opera, he scored a part on NBC's short-lived television show Fame.

After the show was cancelled, the singer started to focus all of his efforts on his music career together with producer Andy Rose. The very first result of their teaming is Boy's debut single "Light Up Tonight,"  a potent soul pop stomper with lovey dovey lyrics like, "The way you shine so bright, girl you could be my lighthouse." The track is taken from his debut album "Commit Me" that will be released later this year.

Boyd explains that he wants to share his vocal gifts with the world for a special reason. "The world is hurting badly, and I hope this music will somehow help to heal people everywhere," he tells ArjanWrites.com. "At the end of the day, that's what all musicians truly are; caregivers. I think it comes with a huge responsibility to deliver the message that you're willing to stand by until the day you die."