« Video: On Tour With Dev and The Cataracs | Main | The Daily Crunch: Good Charlotte, Eminem, Black Eyed Peas, The Glee Project, A Day To Remember » 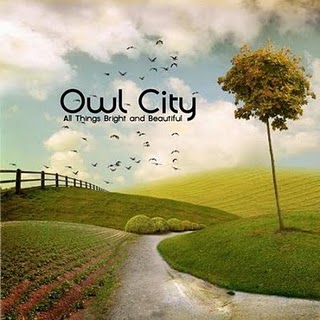 But Owl City truly shines when delivering delicate and romantic pop tracks like "Galaxies," "Angels" and "Hospital Flowers" that should please the same crowd that embraced "Fireflies" in a such a big way.

Very personal is the song "January 28, 1986" that includes a sample of a memorial speech U.S. president Reagan delivered after the space shuttle Challenge disaster. Young was born in 1986 and he wrote the song to convey what it was like to be from the year that was marked by such a big national tragedy.

Regardless of his mild sonic experimentations, Young never strays too far from the sound that resonated with so many. "All Things Bright And Beautiful" delivers exactly the dreamy and joyous sunburst pop that his fans crave for. It may at times be formulaic to some, but endlessly imaginative to most.

Owl City "All Things Bright And Beautiful" will be available on June 14.