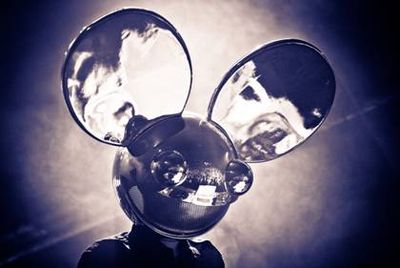 Pete Tong set off a firestorm this weekend after he premiered Madeon's remix of Deadmau5's "Raise Your Weapon" on his BBC radio show on Friday. A radio rip of the track was posted on online music sharing service SoundCloud, which received an impressive 60,000 plays in less than 48 hours.

This instant success really should come as no surprise. Madeon's punchy revamp of "Raise Your Weapon" is a top notch dance pop confection that perfectly combines the original's infectious dancefloor energy with melodic pop sensibilities. In fact, Madeon makes Deadmau5's outstanding production work shine even brighter with this revamp.

It is hard to imagine that Madeon is only 16 years old and crafting dance pop productions of this caliber. With so much talent and poise, this French soundboard wunderkind could well be a next generation pop producer of the biggest kind.

Madeon's remix is included on two special remix packages of "Raise Your Weapon." The iTunes version features the original song, the Madeon remix, plus remixes by Dutch trio Noisia and German producer Stimming, along with a radio edit. The Beatport package will also feature the original song, the Madeon extended remix, Noisia and Stimming’s remixes as well as Stimming’s dub. (Download Madeon's remix on Beatport now.)