arjanwrites.com: Ready to Pop: Colette Carr "(We Do It) Primo"

Ready to Pop: Colette Carr "(We Do It) Primo" 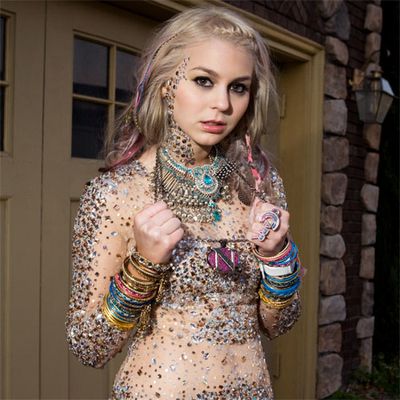 Colette Carr is a true social media phenomenon. Without any big marketing budget or advertising push, the spunky California singer and MC has built up a steady fanbase by simply engaging with fans one on one on Twitter, Facebook and her web site to spike interest and fuel word of mouth about her music.

As a result, Carr has not only garned thousands of loyal fans who follow her every move, she has also been noted by the music industry at large. Ever since its inception, Carr has been hovering at the top of the new Billboard Uncharted chart, a countdown of emerging new artists that is put together by the music publication

Over the past year, Carr has been working with people like Cherrytree Records chairman Martin "Cherry Cherry Boom Boom" Kierszenbaum, Pharrell and Frankmusik to finetune her sound.

What makes Carr truly stand out from the pack is that she's a great example of successful artist development. Instead of a rush to market or fluffy hype, there's proper nurturing of her unique talents to carve out a niche in the pop universe that she can fully own. "Keeping it hush, can you keep it on the low," as Carr likes to say, indicating that it is better to wait to have her sound mature and thrive than to be tempted to go at it too early.

When I spoke with Frankmusik back in October, he was excited to be working with Carr. "I'd like to turn her into the female Frankmusik," he noted. I wasn't sure what to exactly make of that statement without hearing any music, but after listening to Carr's new "(We Do It) Primo" I know exactly what he means.

Produced by Frankmusik, "(We Do It) Primo" is Carr's formal debut single that was released last night. Pop aficionados among you will immediately recognize the sample of Keane's evergreen tune "Somewhere Only We Know" that Frank and Carr incorporated into the track.