arjanwrites.com: Ready to Pop: Kay "My Name Is Kay"

Ready to Pop: Kay "My Name Is Kay" 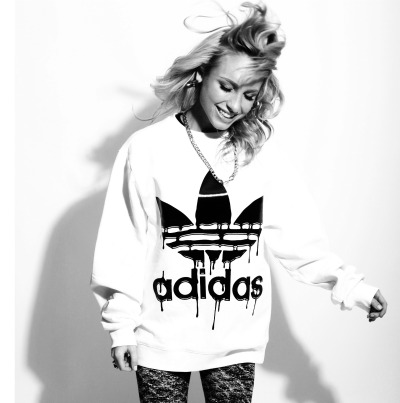 Once in a while a new artist emerges who brings a fresh new spark to the scene. Kay is one of those newcomers who serves up a distinctly different take on pop. I first introduced you to Kay when I featured "M.A.J.O.R" (produced by Dr Rosen Rosen) that gave us a hint of the direction she's heading in.

For the past few months, Kay has been working with none other than savvy hitmakers Ryan Tedder (of One Republic) and Evan Bogart (Beyonce, Britney Spears, Adam Lambert) to record tracks for her debut album that will be released on Interscope Records.

I spoke with Kay and Ryan a couple of weeks ago in Ryan's Denver studio to talk about their collaboration and upcoming new music. Their goal is to craft a fresh new female pop sound that is unlike anything out in the charts right now. "It is a mix between Outkast, Gwen Stefani and Missy Elliot," Kay told me to describe her music. "We want to bring something that will define pop music next year, not what's being done in the charts now," Tedder added.  Really fun video interview that I will be posting next week.

In anticipation of the video interview, check out Kay's brand-spanking new "My Name Is Kay" to get a taste of what she's been up to. The track was co-written and produced by Ryan Tedder and Evan Bogart.

Driven by hard stomping groove, "My Name Is Kay" is a blast of fresh energy that is masterfully produced by Tedder & Co. The song delivers a steady dose of girl power and does exactly what Kay set out to. She raps and sings to let the world know in unambiguous terms that she has arrived. You better move out of the way for Kay. She's planning to stick around for a while. Totally fun. (Follow Kay on Twitter and Facebook.)