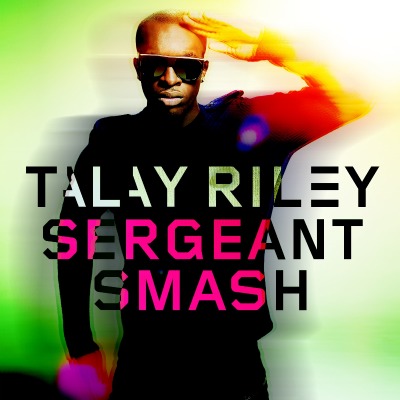 Talay Riley sashays into position ready for battle on the colorful pack shot for his new single "Sergeant Smash." The British singer/songwriter follows a long line of emerging British pop R&B talent who have been ruling the British charts and are plotting their move stateside.

Working alongside chart-toppers like Chipmunk, Jessie J, Rihanna and Tinie Tempah, Riley is not only a gifted, sought-after songwriter but also an accomplished performer who adds a steady dose of heart and soul to his infectious pop tunes.

On "Sergeant Smash," this soldier of love ignites his battle cry with some not-so-subtle lyrics. "You can beat my drum, let you hold my gun. We can battle under-covers," he chants.

The single is starting to impact radio in the U.K. in anticipation of its formal release on 2/13. Riley is currently finishing up his debut album together with Inflo 1st (One Republic), Harmony aka H-Money and Rodney Jerkins. Watch the video of "Sergeant Smash" here and listen to a special edit of the song (featuring London rapper Wretch 32) in the player after the break. Download a guilt-free MP3 of Roksonix's flaming remix of "Sergeant Smash" here.