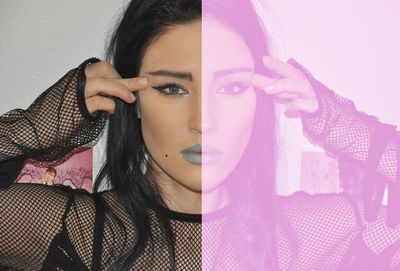 After co-writing Robyn's "Time Machine," Swedish singer/songwriter Sophia Somaja is starting to make waves on the international pop scene with her new single "Wristcutters Inc." That track follows the futuristic pop jam "Chinese Tekkno," which I alerted you about a few weeks ago. But there's a lot more pop goodness where all that came from.

Check out "Joaquin Phoenix," a sweet little ballad that she wrote after seeing Joaquin Phoenix's mockumentary "I'm Still Here" over and over again one weekend. Sophia Somajo was so taken by the Hollywood actor that she decided to write a song about him. It's another DYI tune that she wrote produced and recorded entirely on her laptop at home. "Let's make a home here in Stockholm. We can live here," she confesses. Such a sweet melody.

The group's acoustic performance of the song is interspersed with colorful imagery of Los Angeles and its people, which perfectly captures L.A. cool and the city's thriving street culture that continues to breed innovation. This is what the group's "free wired" motto is all about. Play L.A. Dreamer in HD to experience the video in its full glory. (Make sure to grab the single version of "Rocketeer" on iTunes.)

Listen to The Sounds "Better Off Dead"

It's been a good while since we last heard of Swedish pop rockers The Sounds. After 2009's "Crossing The Rubicon," the group of Maja Ivarsson, Felix Rodriguez, Johan Bengtsson, Jesper Anderberg and Fredrik Nilsson have taken some time off to recharge and write new music.

And, oh boy, did a bit of rest and relaxation make a world of difference. This weekend, the group unleashed some brand-new music that will surprise fans. While staying true to the spirit of their gritty alternative roots, The Sounds' new single "Better Off Dead" introduces a poppier, electro-edged sound that is quite a departure from their previous work.

This new single neatly matches the groups' knack for serving up flaming power tunes with fans' appetite for accessible, dancefloor-ready songs. "Better Off Dead" is a blistering, powerhouse track that nicely positions The Sounds for chart success in 2011. Listen to the entire track after the jump. (The break down around the 2:12 minute mark is nothing less than epic. Tune in.)

Continue reading "Listen to The Sounds "Better Off Dead"" » 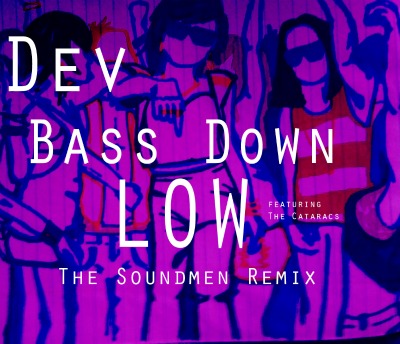 You can tell The Soundmen had fun with their new remix of Dev's meaty party stomper "Bass Down Low." The versatile NYC/Seattle production duo adds a slamming new rhythm track and a poppy new synth groove to the song that was inspired by "a little bit of Afrojak, a pinch of Devo and some Haddaway," according to an email they wrote me. Very nice new twist on the original track. I especially like when Dev embraces her "la la la" pop in the outro of the song, starting at the 3:00 minute mark. Listen to The Soundmen's remix of Dev's "Bass Down Low" after the break.

Jessie J came, conquered and impressed a crowd of tastemakers and media insiders last night when she played a small, intimate Vevo showcase at New York City's Don Hills. Judging from tweets and the buzz after the show, people seemed unanimously completely, utterly and totally impressed by Jessie J's performance.

People in the U.K. already know that Jessie is a beast on stage, wowing the audience with her incredible vocal performance and plenty of swagger that is mixed up with her signature British wit. ArjanWrites.com reader Eric won a couple of tickets to attend the show and shot a few pics of Jessie that I posted on Facebook. (Watch a video of "Do It Like A Dude" from last night here.)

On Monday, Universal Republic in partnership with Vevo will unleash the much-anticipated video for "Price Tag" that is her official U.S. debut single.

While awaiting that video, make sure to watch an interview with hitmaker Dr Luke who produced "Price Tag." He talks candidly about how the singer's incredible voice can be a distraction in the songwriting process. "It is easy sometimes to get fooled by her virtuoso singing," he says. "Anything she sings sounds good, so you really have to focus and say 'if it wasn't Jessie J singing - if I was just humming along - is it still good?"

He adds, "In terms of vocal gymnastics and the range of vocal chords I think there's no one else singing like that out there right now (. . .) I think she has universal appeal. She's a great singer and a great songwriter (. . .) She can go far. She can get GRAMMYs if she makes the right records."

Well spoken Dr Luke. I couldn't agree more. Let's brace ourselves. Jessie J is about to take over.