« Listen to Robyn vs Oskar Linnros "Dancing On My Own/Fran Och Med Du" | Main | Exclusive: Listen to Neon Hitch "Get Over U" (Co-written by Sia) » 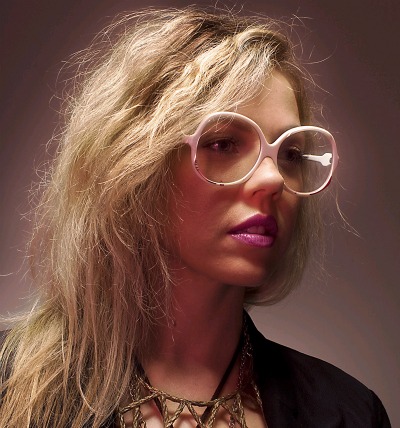 MNDR (aka Amanda Warner) is sharing an excellent guilt-free download of "Cut Me Out," a slick alt-pop ditty that firmly positions her as a hot new talent to look out for this year. After poppin' up onto the scene as a vocalist on Mark Ronson's "Bang Bang Bang," this self-proclaimed "mega nerd" has continued working with her production pal Peter Wade to cut tracks for her forthcoming debut album.

Warner and Wade forged a fruitful musical partnership over the last year after they met in New York City's underground club scene. Warner moved to New York from Oakland, CA where she was a DJ with a steady loyal following. Wade has made a career as a songwriter/producer, working for artists such as Jennifer Lopez and Melanie Fiona.

Together the duo set out to create an inclusive pop project that combines Warner's interest in beats and melodies, and Wade's knack for polished songcraft. After releasing the digital EP "E.P.E," this free new track serves up slicker pop stylings while still maintaining a sense of the crunchy electronica that inspired them both.

MNDR "Cut Me Out"