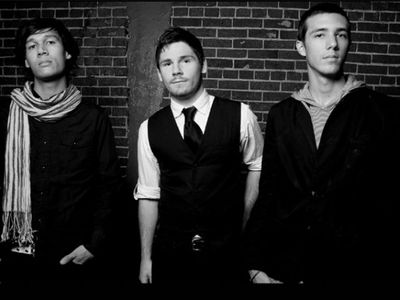 California trio Early States doesn't crank out your run of the mill brand of pop fare. Zack Gray, Shaun O'Brien and Brandon Lee serve up melancholic, atmospheric melodies and well-constructed soundscapes that are bursting with veiled optimism. Think Keane with a bit of a dancefloor kick.

Based in Roseville, California, the group was formed in 2007 by Zack and Shaun. The group gained some early momentum with the track "Smoke In My Eyes" that was featured on a few television shows and garnered them a spot on the Van Warped Tour in 2009. With that experience under their belt and a slew of slick new material, Early States is on the cusp of bigger things to come. (Click on the speaker icon below to preview the track.)