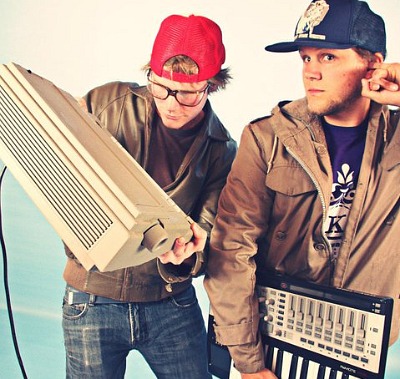 Grab a totally guilt-free MP3 download of Orlando Menthol's flaming new "The Message," a chunky dancefloor stomper that shows off the duo's impressive beatmaking skills. Orlando Menthol is the teaming of MC David Kohler and producer Simon Kallweit who hail from Langenthal, Switzerland.

The two Swiss guys have been making music since 1999 when they first started collaborating on Swiss German hip hop tracks that gradually evolved into crafting progresssive dance pop fusing Simon's beats and David rhymes. "The Message" is taken from the group's new "The Message In The Media," which is impacting charts in Switzerland this week. Listen and download "The Message" after the break.