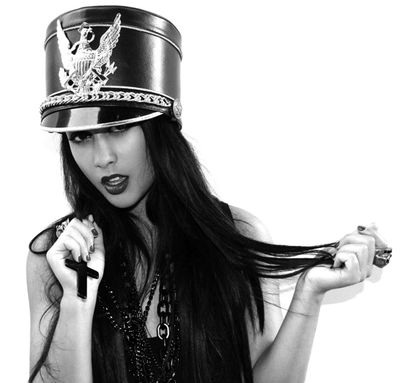 The momentum is slowly but surely building for emerging chart phenom Natalia Kills. After touring with Robyn and releasing a banging remix EP for her new single "Mirrors," more and more pop fans are getting turned on to the "reigning queen of dark pop." What makes this newcover stand out from pop pack is that she combines hit-savvy beats with a laser-sharp vision. Natalia Kills is anything but pop cookie cutter.

Take for example her new single "Mirrors" that is taken from her forthcoming debut album "Perfectionist." The song explicity explores love, sex, control and vanity. Demons that drive the perfectionist in all of us, according to Natalia. In fact, many of these demons shape the recurring theme on "Perfectionist." (Watch my video interview with Natalia in which talks a bit more about being a perfectionist.)

Signed to Interscope's hot and happening Cherrytree Records, "Mirrors" was produced by none other than Akon and Martin "Cherry Cherry Boom Boom" Kierszenbaum. A trailer for the "Mirrors" video was released last week and the full version should drop very soon.

Natalia has also been collaborating with Frankmusik in Los Angeles. In fact, look out for a duet between the two Cherrytree label mates on Frankmusik's forthcoming album.

As a prelude to the duet, check out Frankmusik's blistering Obsidian Overkill remix of "Mirrors" that features some filthy electro stylings that will whip your day right into shape. An epic pop rush. Natalia Kills plus Frankmusik equals pop dynamite.

Getting Ready for the 53rd GRAMMY Awards Nominations on Wednesday 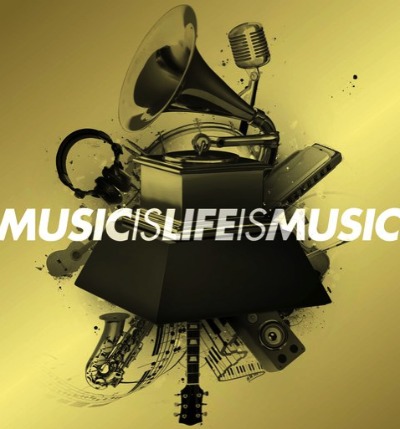 I'm heading to the GRAMMYs!

I'm thrilled to share that The Recording Academy has invited me to cover the annual GRAMMY Awards for GRAMMY.com for the third year in a row. The 53rd GRAMMY season will kick off tomorrow evening with the Nomination Concert which will lead to the big awards show on February 13, 2011.

Tune in to CBS tomorrow at 10 p.m. for the GRAMMY Nominations Concert that features performances by Bruno Mars, B.o.B, Katy Perry, Train and Miranda Lambert. Immediately following the show, all nominations will be released to the public (and I will be all over it!)

I will be in Los Angeles at Nokia Theatre backstage at the show to live tweet all of the happenings on Twitter. I will also be posting exclusive bits and insights on Facebook. Look for ongoing coverage on GRAMMY.com and this blog.

Also, make sure to check in to Cherrytree Radio on Friday morning at 9 a.m. PST where I will be a special guest on The Morning Orchard to discuss all of the GRAMMY hotness with Martin and the crew. Will be lots of fun.

Kylie Minogue Duets with PS22 Chorus "Put Your Hands Up" 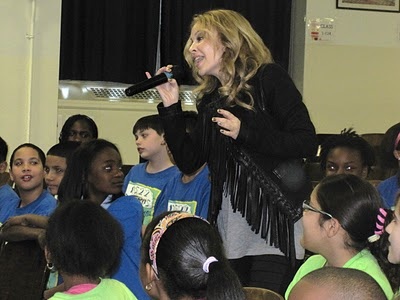 Loving this video! And another reason to support music education in public schools everywhere. Global pop icon Kylie Minogue headed to Staten Island, NY this week to duet with the kids of the PS22 Chorus to sing "Put Your Hands Up" and "Can't Get You Out Of Your Mind." So cute and amazing. Watch both videos after the break. 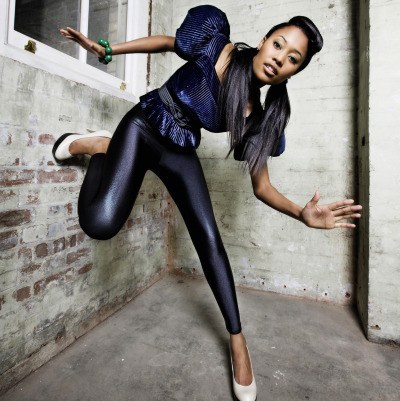 After producing a banging remix of M.I.A's "XOXO," Rieces Pieces now returns with a remake of V V Brown's "Crying Blood," which is one of his "favorite songs of all time."  Rieces Pieces stays close to V V's original but gives the song a spunky hip pop twist that suits the track well. Totally fun. Grab the MP3 here.

V V is currently back in London to record tracks for her forthcoming second album. She has been working in the iconic Maida Vale studios with different collaborators including Q Tip. Very curious what's on her mind and what sonic direction she will take for this new record. She premiered new song "Sleeping With The Enemy" on her summer tour with Maroon 5, which I thought was ready and primed for the pop charts.

V V fans should also cross their fingers tomorrow night when nominations are announced for the 53rd GRAMMY Awards. There's a possibility that "Travelling Like The Light" will be up for a statue in the Urban Alternative category. 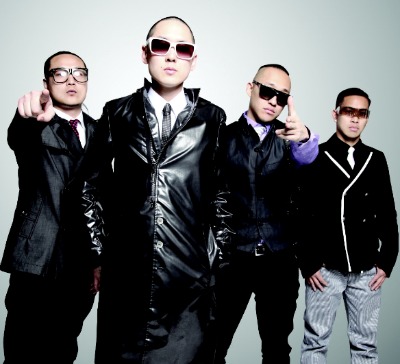 While "Like A G6" is still ruling pop charts around the world, Far East Movement is now getting ready to take their new single "Rocketeer" to the top of the charts. "Like A G6" inspired loads of great remixes and now the first few remixes of "Rocketeer" are starting to surface as well.

Check out a poppin' remake by electro duo Purple Crush who turn the radio-savvy ballad into a blazing, amped up dancefloor gem. Love it. It's a totally fun new version that matches the energy and good vibes the group injects into the song during their live shows. Also note the fitting nod to "Like A G6" half-way through the track. Purple Crush earlier cranked out a hearty remix of Natalia Kills' "Mirrors" that was included on the singer's "Mirrors" EP.

On a related note, congrats to Kev Nish, Prohgress, J-Spliff and DJ Virman for winning the Best international Artist Award at the 2010 Mnet Asia Music Awards on Saturday evening. Major! Far East Movement is taking over the planet at the speed of G6.