arjanwrites.com: Ready to Pop: Jared Evan "In Love With You"

Ready to Pop: Jared Evan "In Love With You" 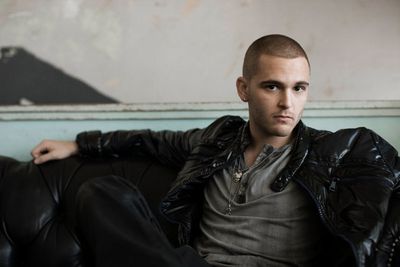 The ladies are ruling the pop charts these days, and ever since Justin Timberlake has moved on to other things the scene is lacking a bonafide male pop star. Several guys are vying to take Timberlake's spot - from Brian McFadden to Frankmusik, and from Mike Posner to Taio Cruz. Interscope boss Jimmy Iovine is putting his effort behind newcomer Jared Evan who he has marked as the next big hot boy thing.

But Evan is hardly your cookie cutter male pop star. Mashing up classic rock, pop and hip hop, he brings a gritty sound that is dominated by his expressive delivery and spitfire sonics. Listen for example to his hurricane-sized lead single "In Love With You," which is a flaming outing that fiercely blends a myriad of styles into one potent formula.

Evan has been hard at work with a fleet of hitmakers to put the final touches on his debut album, titled "Fourth Chapter." He is working with an impressive list of collaborators, including Ill Factor (Roisin Murphy), Danja (Britney Spears), Polow Da Don and The Neptunes.

"I want my album to make people feel, I want to touch my listeners emotionally,” Jared Evan states flatly in a press release. "I want to leave a musical impact; I want to alter the state of music. I want to offer something that’s never been—internally diverse but still with one single musical identity. I want rock heads and hip-hop heads and mainstream listeners to enjoy it all at the same time. I think with the mélange of sounds on it, it will be a classic album."

Evan is a notable voice in contemporary pop who provides a refreshing alternative to the dance and electro-influenced pop of today by embracing classic rock and hip hop in an invigorating new way.