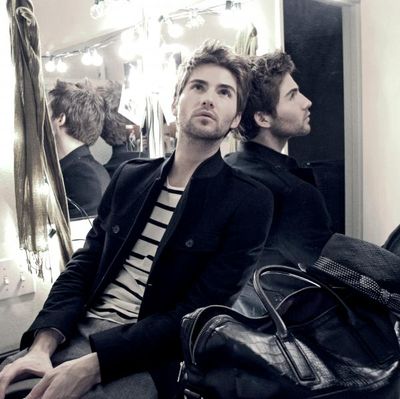 It was pretty clear from the list of winners and performers at this year's MTV Video Music Awards that the current pop world is missing a bonafide male pop star. And now that Justin Timberlake is on an extended hiatus, the field is wide open for fresh, new talent to grab the opportunity and fill that void.

One of the fresh new faces that is looking to impact the scene is handsome newcomer Zac Poor who is starting to make waves in the industry with the slick and radio-ready mid-tempo ballad "She'll Be Breaking Hearts."

Hailing from a rural town in Montana, Zac moved to Los Angeles in 2004 to pursue his dream of becoming a professional recording artist. The singer was spotted by none other than Swedish hit-maker Adam Anders and music industry veteran Alan Melina who took Zac under their wings to groom him to become pop's next big thing.

Heavyweight pop writers like Rob Fusari, Jess Cates and Christian Nilsson have also signed on to Zac's project to help him craft his debut album.

Zac Poor's brand of pop is defined by earnest songwriting, sophisticated production stylings and instantly catchy melodies that are the hallmarks of any memorable pop tune.  "My songs are both inspired by my own life experiences and those of others around me," Zac says on his web site. "For a songwriter, everything must inspire you so your life is not the only thing on display. If it was, not everyone could relate." Grab a guilt-free MP3 download of "She'll Be Breaking Hearts" to get a taste of Zac Poor.