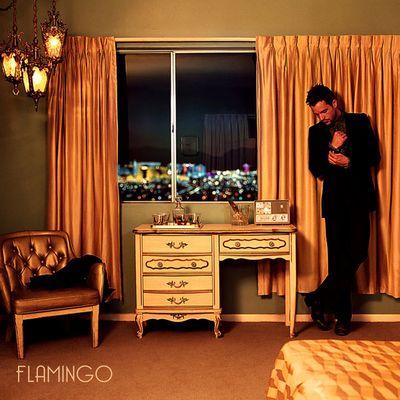 More Brandon Flowers news to report on this morning. After reuniting with the rest of The Killers for both a gig at the White House on Independence Day and a Democratic Party fundraiser in Las Vegas last week, Flowers is getting rave reviews for the video of "Crossfire" that hit the web on Friday. This morning, he also released the official cover for his solo album debut, titled "Flamingo," that will be out in stores in September. The album art invokes memories of Las Vegas' sixties heydays featuring a pensive Flowers pictured in a semi kitsch, somewhat sterile hotel room with a peak at the Vegas Strip from the window. Stay tuned for more.