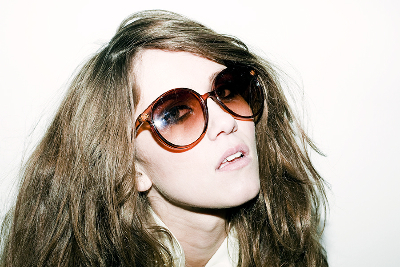 Sunday Girl is twenty-one year-old British singer Jade Williams who earned that name thanks to forgetful customers of the pet shop she worked in every Sunday as a 14 year-old. "No one ever knew what I was called; they just used to call me 'Sunday Girl' and that sort of stuck," she explains in a press release.

The singer was signed to Island/Geffen Records in the U.K. last year and has diligently been working on her debut album together with Jim Elliott (Kylie, Ladyhawke). The record promises to be a compelling mix of alt-pop electronica that is introduced by her cover of '80s italo disco classic "Self Control" made famous by Laura Branigan. Sunday Girl gives the song a angsty twist of her own with its mesmerizing, almost eerie, electronic soundscape and squelchy acid noises.