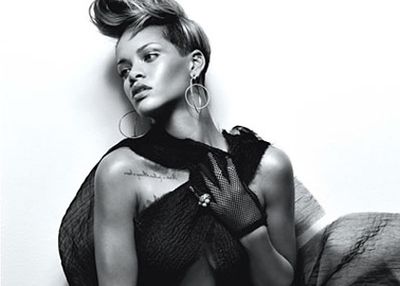 Who would have ever thought that Rihanna could sound so incredibly funky? Listen to a mash up that was put together by the savvy soundboard folks of Club Clique who mixed up Prince's classic "Controversy" and Rihanna's unreleased "Sexuality." Produced by Stargate, "Sexuality" was recorded for Rihanna's "Rated R" but was left on the cutting room floor during the final compilation of the album.

This dirty romp between two chart icons is oozing with the dirty smear of '80s bass-driven funk that places Rihanna directly besides Prince protégés Appolonia Six and Sheila E. Lick it up! And this very special rendezvous may very well give us an early taste for a collaboration between the two for the 53nd GRAMMY Awards next February. Hot.