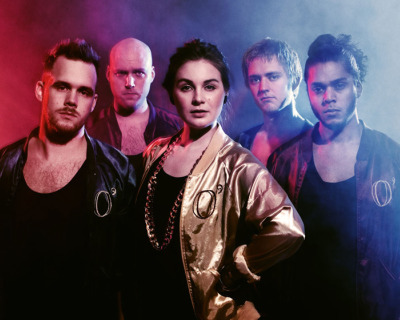 The group will be releasing their debut album "Pay Off" in the U.K. later month and will head to London for a few headlining shows to celebrate. Check out a pumping remix of the album's title track that was produced by Sam Sparro and Golden WERG who give the original some spunky disco swagger. Sparro never disappoints. (Click here to download the remix on Beatport.)