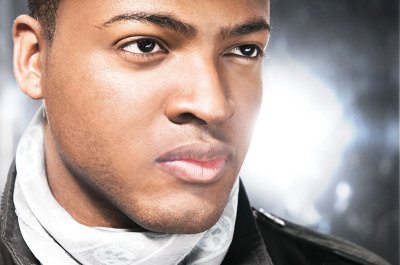 Fresh-faced Taio Cruz is brand-new on the scene in the U.S. but already breaking records. The British singer and producer exploded into the record books with his debut U.S. single on Mercury Records, “Break Your Heart” (featuring Ludacris) – which scored the Billboard Hot 100’s biggest one-week jump to #1 (from #53) by any New Artist’s debut single in the chart’s history.  Not too shabby when you're just getting started.

In the U.K., this son of a Nigerian father and Brazilian mother has already established himself as a major artist where he has had chart success as a singer, songwriter and producer. In the wake of success of his debut album Departure (2008), which spun off a quintet of UK chart hits (“I Just Wanna Know,” “Moving On,” “Come On Girl,” “I Can Be,” “She's Like a Star”), Taio was tapped to work in the studio with X Factor champs Alexandra Burke, Leona Lewis, and Shayne Ward.  Sessions followed in Philadelphia with Britney Spears, and Brandy. The year climaxed at the MOBO Awards with a Best Single nomination for “She's Like a Star,” which Taio performed with Sugababes.

Today, he is releasing his much-anticipated debut album "Rokkstar" in the U.S. Check out a totally guilt-free MP3 download of his middle of the road pop R&B ditty "I Just Wanna Know," a non-album bonus track that shows off his chops as a smooth and sultry balladeer.