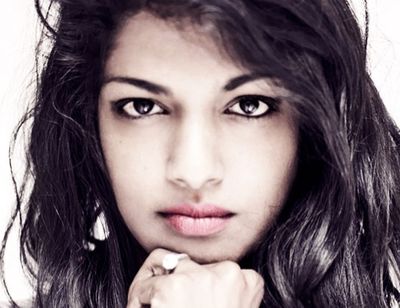 M.I.A. doesn't shy away from a little stir to get her point across. Blending music and politics, she introduced her new album with a controversial new video and she started a Twitter tirade to call out a New York Times writer who allegedly misquoted her in an article. Leave it up to M.I.A. to tell it like it is regardless of popular opinion.

Interestingly, her forthcoming new album, titled "/\/\ /\ Y /\," that is out in July on Interscope Records is her most commercial and chart-ready effort to date. In a cover story with Billboard Magazine, the artist and activist talks about her evolution from an obscure, left-field rapper to a charismatic, mainstream entertainer. "I was happy being the retarded cousin of rap," she says. "Now I'm the retarded cousin of singing."

Rusko, one of the album's producers, worked with M.I.A. on creating a sound that is authentically hers but also offers something fresh and new to her growing fan base. "If you're an M.I.A. fan and you buy a new M.I.A. record," Rusko says, "you want to hear something you've never heard before. This record gives you that."

Rooted in funked up electro-punk, her new single "XXXO" is an excellent example of that. M.I.A. pushes her artistic boundaries by delivering an instantly catchy pop tune that is dominated by a flaming dance beat and her gritty, cheering vocals. Invigorating and totally fun. (Also, check out Rieces Pieces banging remix of "XXXO.")