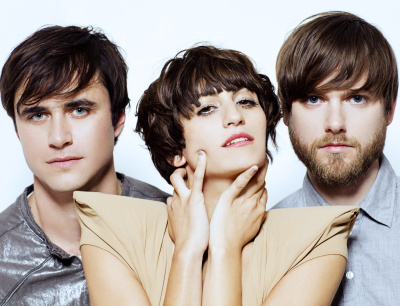 Very exciting news! I'm thrilled to announce that after bringing my Superfraiche Pop Night to New York City and Los Angeles, the next installment of my ongoing pop concert series will take place in Atlanta, GA. Headlining the show is the fantastic Canadian pop outfit Dragonette with support of Shy Child and Barry Brandon. The show will kick off at 9PM on August 16 at the legendary Drunken Unicorn. Tickets are available on the TicketAlternative web site and all its local Atlanta ticket outlets.

Atlanta is mostly known for its burgeoning hip hop scene and rich alt-rock legacy, but I want to bring on the pop in Atlanta and cover the city in a sweet & crunchy goo of glossy pop hotness. The time has come, and people have been asking for it ever since I started Superfraiche. So drink it up folks!

I've invited Dragonette to come down from Toronto to bring their catchy brew of pop, electro and rock to the dirty South. I've covered them for years and I'm so excited we finally have found a way, place and time to collaborate on something. Dragonette is a world-class act and I'd want to do anything I can shine the spotlight on them. Make sure to pick up the phenomenal "Pick Up The Phone" totally free this week on iTunes.)

Opening for Dragonette are emerging New York City's electro-pop duo Shy Child who are stirring up a storm with shows all over New York. Completing Atlanta's Superfraiche Pop Night is Barry Brandon, a local Atlanta synth-pop singer who has been making waves with his single "Electroglamerous" and his fierce Bedlam parties.

Find all the details about Superfraiche behind the jump. Get your tickets today! 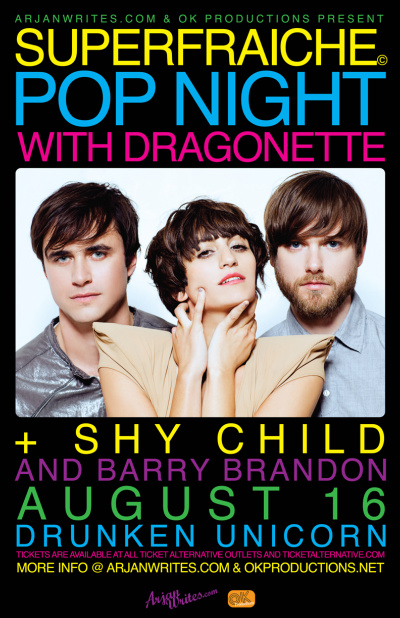