It is one big, mighty love fest! Get ready to jump right in to a steamy sea of summer euphoria.

"All The Lovers" is is the first single from the singer's forthcoming new album "Aphrodite" that will released in the U.S. on July 6. "['All The Lovers'] was one of the last tracks to be written for the album," Kylie explains in a press statement. "As I was recording it I knew that 'All The Lovers' had to be the first single; it sums up the euphoria of the album perfectly. It gives me goose-bumps, so I’m really excited to hear what everyone thinks of it."

Producer Stuart Price, who mixed the track and was executive producer on the album, adds, "'All The Lovers' is a magical song and sums up everything that the album is: Kylie doing pop dance music at her best. When you look in your mind’s eye at everything Kylie is, it’s on this record."

What do you think of Kylie's new video? Share your thoughts.

Free MP3 Download: Florrie "Fascinate Me" (feat. Fred Falke) and "Come Back To Mine" (feat. Moguai) 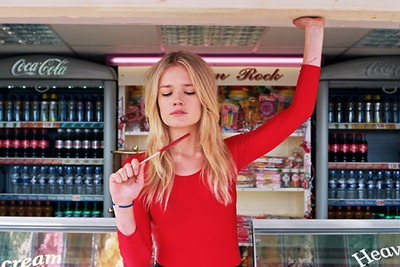 Here's the moment many of you have been waiting for. After teasing us with multiple remixes of "Panic Attack" and "Call 911," emerging British pop songstress Florrie (and Xenomania's latest darling) is giving away two-brand new, original cuts from her forthcoming debut album.

Grab "Fascinate Me" (featuring Fred Falke) and "Come Back To Mine" (featuring Moguai). These two news tracks reveal a little more of what Florrie's distinct brand of music is all about - sleek and stylish pop dominated by dancefloor-savvy beats and Florrie's delicate vocals.

In a recent interview, Florrie explains what people can expect from her musically. "I've got different ideas. Different styles and ways to do it. I like to make music that people want to dance to. Obviously, I love beats, but I also like the raw sound that you get with a guitar. So it’s going to be a big mixture: Kind of a sixties, organic feel merged with modern pop beats and electronics."

Florrie "Come Back To Mine" (feat. Moguai)

Ready to Pop: You Must Watch The Naked & Famous "Young Blood"

Keep your eye on The Naked & Famous, the latest buzz band from New Zealand that emerges on the scene with the fantastic "Young Blood." Directed by Special Problems, the video perfectly complements the energy of the song, sketching a story about letting go, running free and jumping in. This song and video will speak to everyone who refuses to grow up and wants to run free a little longer.

The song was mixed by Billy Bush in Los Angeles who is mostly known for engineering the music of Garbage in the late '90s. In a recent radio interview, The Naked & Famous talks about how "Young Blood" intends to capture a moment in time and doesn't really tell one story.

"The song is not directly autobiographical," the band's Thom Powers explains. "It has a metaphorical song structure to it, it is not based on personal storytelling. 'Young Blood' is much more a constructed image of words."

He adds, "Even though we pulled out heaps of experiences of things we did when we were young and how we felt at the time, creating this song was a bit like painting, trying to sketch that moment in time that is at times erratic, but also charming and lovely."

Juan MacLean has never put out a DJ mix, but he was excited to put together a unique dance compilation for the ongoing DJ Kicks series. The Brooklyn DJ/producer explains in the disc's liner notes that it wasn't all that easy to put together the tracklisting and he agonized for months how to approach the compilation. "So much about DJ-ing has changed in the last 10 years," MacLean explains in a press release. "It seems that anyone at home can make their own mix, whether they're a proper DJ or not. Which begs the question, why bother putting them out at this point?"

He ended up finding inspiration in the sound of classic house music that is at the root of his own musical career. "At the end of the day I just came back to where I had started, which was basically wanting to do something that was representative of where I'm coming from in producing my own music, and also focusing on the current house music scene."

The result of his effort is one of the best DJ Kicks compilations to date that is filled with pumping, sweaty house music at its purest, from the churning pianos to the chopped-up vocals. One of the cornerstones of the mix is an exclusive track from The Juan MacLean entitled "Feel So Good."

The track features a vocal from DFA contributor Nancy Whang and a drum loop from The Juan MacLean's longtime drummer Jerry Fuchs, who was tragically killed in an accident last year.  It's an upbeat and sweaty dance track that embodies the classic house influence heard throughout the mix. The song is also released as a single in the U.K. and comes with a fun video by director Stephen Smith who intended to harness the carefree spirit of the track with stop motion animation and some wicked dance moves.

The Juan MacLean "Feel So Good" 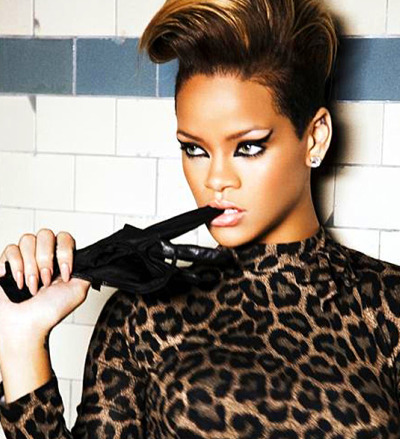 It looks like Chew Fu has made a career out of turning Rihanna into a hot, sizzling dancefloor queen with his remixes for the pop star. All of his revamps are now bundled on a very special Rihanna "Rated R" remix compilation that was released on iTunes this week. Listen to Chew Fu's latest greatest remix of Rihanna's new single "Rockstar 101" below (MP3 right here). Many people and critics weren't feeling "Rated R" when it first dropped but with a strong aesthetic (courtesy of Roisin Muprhy's hubby Simon Henwood) and a strong musical point of view, I still believe this is the entertainer's best effort to day. Can't wait her to see her live show this summer.