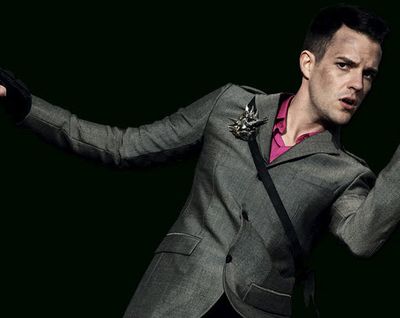 More details about Brandon Flowers' forthcoming solo record are emerging and it is pretty darn exciting!  Flowers collaborated with none other than Stuart Price to lay down a few tracks for his album, titled "Flamingo." He also worked with Atlanta's Brendan O'Brien (Pearl Jam, Bruce Springsteen, The Bravery) and Daniel Lanois (U2, Brian Eno, Neil Young), and he recorded the duet "Hard Enough" with Jenny Lewis of Rilo Kiley.

While The Killers are on a indefinite hiatus, Flowers admits that some of the songs were intended for a new Killers project. "To be honest, I personally would prefer it if this was a Killers record," he said. "Some of these songs were originally destined to be Killers songs, but it is what it is. I certainly never sat around dreaming of going out on my own, but singing songs and writing songs, it's kind of what I do, you know? And I just don't want to stop right now."

"Flamingo" will be out this fall. Stay tuned for more updates.