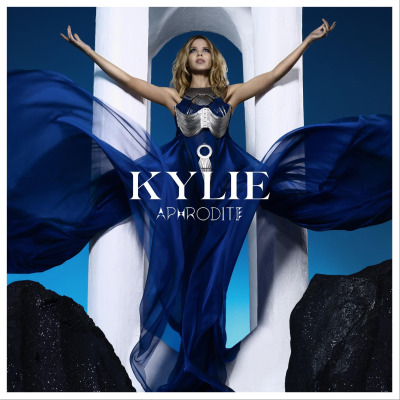 Kylie Minogue returns to the scene this summer as the dancefloor goddess we love her to be. Titled "Aphrodite," her new album was produced by Stuart Price and promises to take her fans back to her dance floor roots. Writers on this effort include Stuart Price, Calvin Harris, Jake Shears, Nerina Pallot and Keane’s Tim Rice-Oxley.

First single is "All The Lovers" that will be released overseas on June 28 and which you can preview below. Sounds promising, but hard to review the single with only 30 seconds to listen to. It sure sounds like a blazing Stuart Price concoction. It gives me a bit of an Erasure vibe too.

"The single was one of the last tracks to be written for the album," Kylie explains in a press statement. "As I was recording it I knew that 'All The Lovers' had to be the first single; it sums up the euphoria of the album perfectly. It gives me goose-bumps, so I’m really excited to hear what everyone thinks of it."

Producer Stuart Price, who mixed the track and was executive producer on the album, adds, "'All The Lovers' is a magical song and sums up everything that the album is: Kylie doing pop dance music at her best. When you look in your mind’s eye at everything Kylie is, it’s on this record." What do you think?