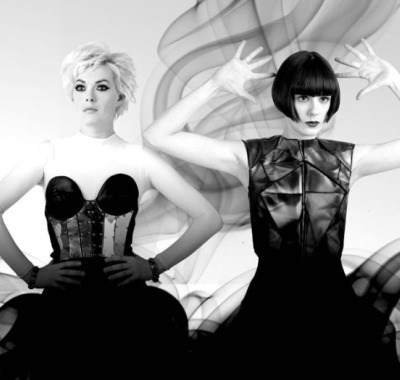 DJ Downfall's mix of The Pipettes' "Stop The Music" is something Xenomania and Alan Braxe would crank out together. Super pop and very sleek. Primed for the dance floor. Grab it now totally guilt-free.

The song is taken from their fortcoming second album 'Earth Vs The Pipettes" that will be released in the U.K. on June 28 on Fortuna POP. The Pipettes have gone through a bit of a transformation and went from an all female trio to a fully-powered, six people band consisting of singers Gwenno and Ani plus band mates Monsterbobby (guitar), Seb (keyboard), Alex (drums) and Jon (bass).