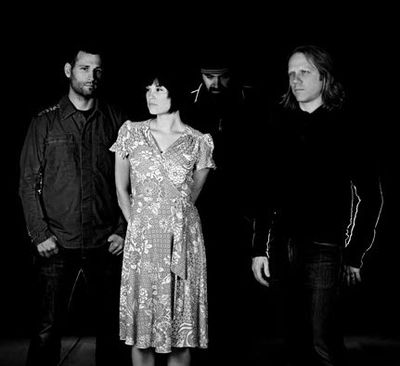 Ryan Reddon (aka Kaskade) is one of my favorite dance and electronica producers. He is one of those rare dancefloor talents who not only understands how to work the turntables, but also is a gifted songwriter with a knack for melody, which enables him to reinvent existing tracks in a completely new way.

After releasing his fifth artist album "Strobelight Seduction' two years ago," he is now back with Late Night alumni, a band he formed with Becky Jean Williams, Finn Bjarnson and John Hancock back in 2003. The quartet released their debut album in 2005 on the famous Hed Kandi label that included the single, "Empty Streets," which was a chart-topping track across Europe.

On their new record, titled "Of Birds, Bees, Butterflies, Etc," the band brings more of the glistening, chill out dance pop that has Kaskade written all over it. Immaculately crafted and beautifully arranged, Late Night Alumni walks a perfect balance between organic pop and electronica that perfectly spotlights the mesmerizing vocal presence of front-woman Becky Jean Williams.

The album's first two singles "You Can Be The One" and "Finally Found" feature remixes by top producers including Sultan & Ned Shepard, Max Vangelli and DJ Eco. A video for the single "Finally Found" is due for release later this month. Check out an exclusive MP3 download of "Light Reading." (Support new pop and download "Of Birds, Bees, Butterflies, Etc" here.)