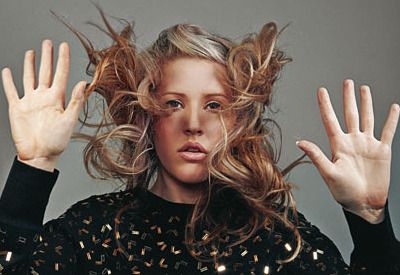 The "Starry Eyed" remixes just keep on coming. But I saved some of the best for last. After Monarchy's sweeping remix that I posted yesterday, you must listen to Monsieur Adi's genius revamp of "Starry Eyed."

Adi is a good friend and I know he's been diligently working on this remix for weeks and has been eager to share it. What's even better is that Ellie's management is loving Adi's remix as well and is considering to give it a formal release. That's amazing and I'm so happy for Adi. The Rome-based DJ/producer/fasionista is one of the most promising remixers and producers around, and he more than deserves the attention.

Adi took the stems of the original and re-built "Starry Eyed" from the ground up. The result is phenomenal. He flawlessly combines Ellie's mesmerizing vocals with an orchestral arrangement that climaxes into a propulsive electro revamp. This one gives me the chills. Adi's work has been so incredibly good, I'm honestly running out of nice things to say. (Support new pop and get "Starry Eyed" when it drops in the U.K. on February 22.)