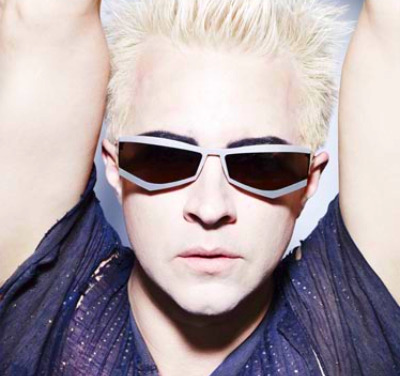 After releasing "Entertainment" with Warren Fischer earlier this year, Casey Spooner now gives us a taste of his upcoming solo album. Yes! You heard it right - solo album. Spooner goes at it alone to replenish his creative juices and bring fans something new, brave and different.

Produced by Jeff Saltzman, "Faye Dunaway" sure indicates something very different. I hear guitars, horns and a straight up vocal performance by Spooner. This sounds nothing like the processed musical art that defines Fischerspooner.

The revivalist pop-rock sound of "Faye Dunaway" is very reminiscent me of the music put out by the New Romantics movement in the '80s. Inspired by David Bowie, bands like Roxy Music and The Cars put out a lush sound that merged guitar-oriented rock and synth-driven pop.

The Killers' tapped into that rich musical source of inspiration as well on "Hot Fuss" and "Day & Age." Much of that classic Killers sound is the work of Jeff Saltzman who produced and engineering "Hot Fuss" and now worked on Spooner's solo debut. Only good things can come from that.