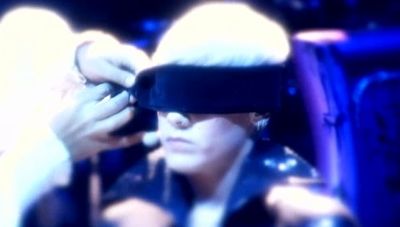 Remember Pink's gym-tastic acrobatics at the MTV Video Music Awards in September? The GRAMMY nominated singer was lifted up in the air for a fearless trapeze act while singing "Sober" flawlessly and with more grit than you imagined possible hanging up side down.

That segment of the show was taken from Pink's Funhouse Tour that has taken her across the world for the last few months. Check out the 7-minute performance of "Sober" in Australia below that is taken from her recently-released concert DVD.

I was excited to see that her peers nominated Pink for two GRAMMY Awards on Wednesday. One for Best Female Solo Performance of "Sober," and a second for Best Pop Album for "Funhouse." In a pop world that is often filled with fluff, Pink brings an authenticity to the pop scene that is unparalleled. Competing with Taylor Swift and Beyonce, Pink winning GRAMMYs on January 31 would be an upset but just as well-deserved.