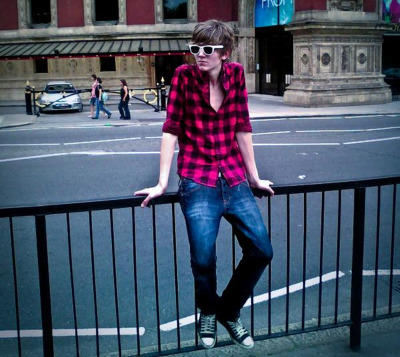 At only 16 years young, Richard Jay is nothing short of a pop prodigy. This British singer/songwriter is a bit of an old soul who has an impressive knack for crafting catchy pop melodies. Jay writes on his MySpace page, "I write songs with my hands and heart." And that's a very good way to put it.

Jay has quietly released some tracks on his MySpace space that he played, sang, produced and recorded entirely by himself. Calvin Harris has noticed and Jay is heading to Los Angeles soon to write for Allie Gonino and hopefully with ArjanWrites.com buzz act Sky Ferreira as well.

Check out a demo version of "Today," a throbbing synth tune that stands out with its crafty vocal layering in the chorus. The song can use some polishing, but it is a neat demo track that has me very curious for more. There are a few more of Richard's songs that you can check out on his MySpace page. Listen to the heartfelt "A Way" and the theatrical "This Is Halloween." Jay is about to pop so you better listen up.