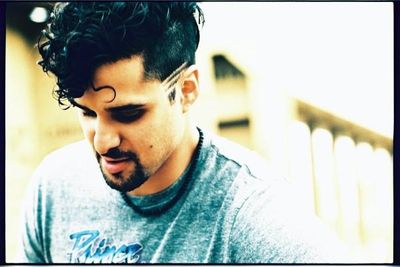 Check out Eric Solomon's brand-new remix of Passion Pit's popular "Moth Wings." The Vancouver-based artist puts his own synthy and groovy spin on the indie original. He also revamped Owl City's "Fireflies" and he cut and pasted a pacing new beat to the song that just seems to be everywhere, all the time.

Raised in both African Congo and Montreal, Solomon is an emerging new singer/songwriter who was signed to Universal Records in Canada a few years ago. He recorded a full-length debut but executives changed at the mighty label and Solomon's effort never saw the light of day. He has been writing new songs that were recently used on MTV's The Hills and will also be featured on his forthcoming digital EP. Enjoy.