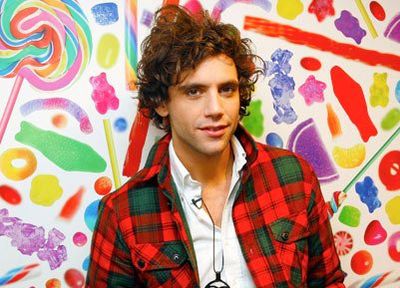 MIKA recently hosted MTV Logo's Pop Lab show and chatted about his music, Lady Gaga, his inspirations and much more. He also describes his unique brand of "hyper pop" that he defines very well.

He talks about the sound on his new album "The Boy Who Knew Too Much" as a combination of a "euphoric pop sound" with hard-hitting and very personal lyrics. "I like to bring together quite dark lyrics with quite joyful, sometimes naive sounding music," the singer describes. "It is quite magic when I get it right."

MIKA's new U.S. single is the brash and theatrical "Blame It On The Girls." Once again, the singer has lined up some very obscure and cool remixers to put together some revamps of the song. DJ/producer Wolfgang gives the song a fitting new electro arrangement with a throbbing little synth riff that sounds nothing like the original. Exclusive on ArjanWrites.com.

MIKA "Blame It On The Girls" (Wolfgang Dry Radio Edit)

MIKA "Blame It On The Girls" (Wolfgang Dry Dub Edit)