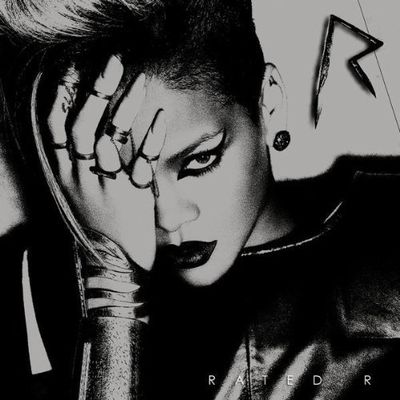 As one of the most celebrated entertainers in the world, Rihanna is no stranger to making headlines. But nothing compared to the intense media scrutiny that followed that dark day in February. After being thrown into the 24/7 public spotlight, the singer had to deal with issues that were intensely personal and had many far-reaching implications.

That is where the story of "Rated R" starts.

After releasing three albums filled with troublefree pop hits, Rihanna clearly wasn't in the mindset of creating something similar to please fans and critics. She had bigger issues on her mind. "Rated R" turns out to be the singer's ultimate effort to cope with the pain, anger and soul-searching that followed the violent breakup with Chris Brown.

This new record is filled with conflicting emotions that clearly demonstrate how torn she was while working on this album. Sometimes she lets anger get the best of here ("Mad House," "G4L") and then there are times her music is soaked in heartache and disappointment ("Stupid In Love"). Balancing between confidence and vulnerability, the gritty "Rated R" shows off a more mature Rihanna who is more multi-faceted than I imagined.

She meticulously analyzes her toxic relationship with Brown on "Cold Case Lover" that she co-wrote with Justin Timberlake. She sings, "I don’t need proof. I’m torn apart and you know it. What you did to me was a crime. And I let you reach me one more time. But that’s enough. Should have investigated. But love blinded eyes."

Musically, this is record does not pack as many straight up hits as her previous releases.  But artistically, this is her best effort to date. On "Rated R," Rihanna doesn't hold back and she doesn't pretend. Instead she uses music as an outlet for her hope, pain, frustration and anger. She had to get it out of her system in order to move on the brighter times.

Rihanna speaks her truth no holds barred. In a time when authenticity rules, there isn't possibly anything more that you could want from an artist.