Listen to "Soles of Fire" by Sam Sparro, Mark Ronson and Theophilius London 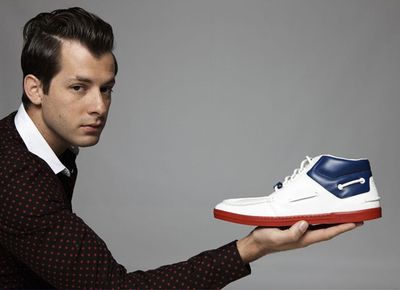 While on the topic of Mark Ronson, there are few others interesting bits to report about. The British producer just wrapped recording sessions with '80s super band Duran Duran. Stripping them down from all the glitz and glam, an insider tells me that Ronson demanded that Simon Le Bon and his men would forget all about their Timbaland experience and go back to the basics. Ronson even made them record in a dingy recording studio in London to make it work.

Ronson also produced a very interesting collaboration between ArjanWrites.com fave Sam Sparro and British MC Theophilus London. Together they are Chaffeur and they unleased the first fruit from their collaboration last week. Ronson produced the track in support of his new Gucci-branded line of sneakers. Very, very interesting. Sparro hits the falsetto and brings the soul. Get it here.