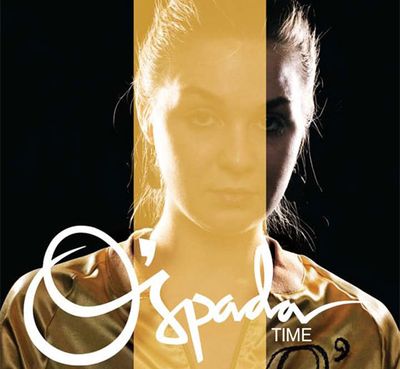 O'Spada's new European single "Time" is an effervescent brew of spaced out pop funk that positions the Swedish five-piece as an exciting new alt-pop act to keep your eye on. Formed in Stockholm in 2006, the group blends soul, funk, hip hop and rock that sounds a bit like Prince meets Justice meets Axel F. Also, check out "Ten Strikes" that has a classic Prince stomp to it.

The group of O'Julia (vocals), O'Samuel (drums), O'Johan (bass), O'Karl (guitar) and O'Chris (synths) is already getting praised by British tastemakers over at BBC One, The Guardian and The Sunday Times. I think it is nice to hear a sound coming from Sweden that is not sweet, cookie-cutter pop, but a little off the beaten path. Sweden never ceases to surprise.