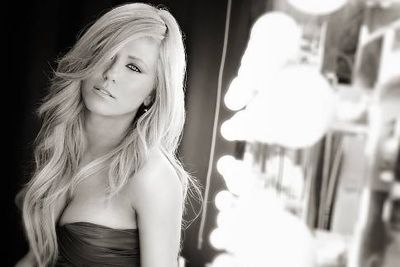 The kicky pop tunes of newcomer Kristine Elezaj easily match the quality of chart-topping hits by people like Britney Spears and Rihanna. Check out a guilt-free MP3 download of her vibrant new single "Let You Know" that has all major checkboxes marked to be a massive hit: it is incredibly catchy, works on the dance floor and comes with Kristine's photogenic look that can sell records.

Kristine is currently putting the finishing touches to her debut CD, "el-lay-zi,"  which is set for release in spring 2010. The album, recorded in designer Marc Ecko's sound studios, was executive produced by GRAMMY nominated J. Marty.  Featuring tracks co-written and produced by artists such as Black Eyed PEas' Fergie, Eric Pressley, The Pharmacy, J-CO, Epic, Andrew Fromm and Frankie Storm. The album will also feature a duet with will.i am prodigy Poet. Not too shabby for a debut.