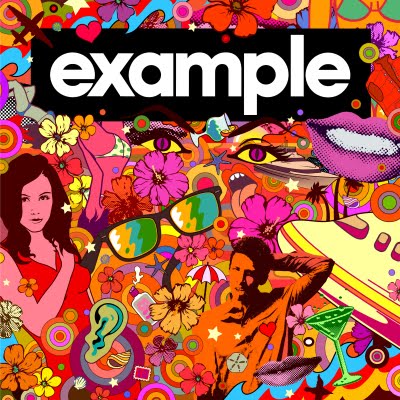 Example's new single "Won't Go Quietly" is another fresh new hybrid of pop, dance and rap, which will be released through Data Records in the U.K. on January 11, 2010. The song is taken from Example's sophomore album that drops in April. Count yourself in the know early.

"Won't Go Quietly" combines Example's talk-sing lyrics with a punchy dance beat that is spun around a catchy pop melody. Very well done and it is a lot more radio-friendly than the everyday storytelling on his debut LP. Example's new poppy hooks are courtesy of Brian Rawlings who, of course, is known for his work with Britney Spears and Mizz Kylie. Love the the artwork for the single too. Very flower power.

Listen to the radio edit of "Won't Go Quietly" in the player below.

The single EP will come with a bunch of remixes including a revamp by DFA hipsters The Juan MacClean (aka John MacLean and Nancy Whang). The two add an athmospherric disco glaze the the original. More than eight minutes of dancefloor goodness.