arjanwrites.com: IAMX and Imogen Heap Duet on "My Secret Friend"

IAMX and Imogen Heap Duet on "My Secret Friend" 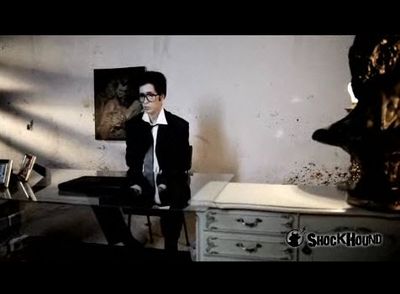 IAMX's Chris Corner and Imogen Heap duet on "My Secret Friend," a haunting, slow-churning electro pop gem that is accompanied by a gender-bending video that is equally mesmerizing. Dark and perhaps even a little disturbing that shows Imogen like we've never seen her before.

My Secret Friend" is taken from IAMX's recent album "Kingdom of Welcome Addiction." Chris and Imogen struck a friendship in Europe."Imogen was an acquaintance from my time in London who ironically became familiar with IAMX after I moved away to Berlin," Chris says of his singing partner. "I looked deeper into her own projects and connected instantly with her strength, talent and independent spirit. Her world was a little more refined and cleaner than mine, so I thought it would make sense to drag her into the IAMX gutter for this track."

The two shared some special moments during the recording of the video. "I directed it and we filmed it in my old ruined GDR [East Germany] building just outside Berlin," Chris explains. "There were some special moments - me running around like a modern day Ed Wood in full doll outfit trying to seriously direct... Imogen in full man suit soaked, standing in cold water at night for hours on the brink of catching pneumonia, drunk on Jaegermeister. She completely let go and dealt with her demons. I have never seen her like that."