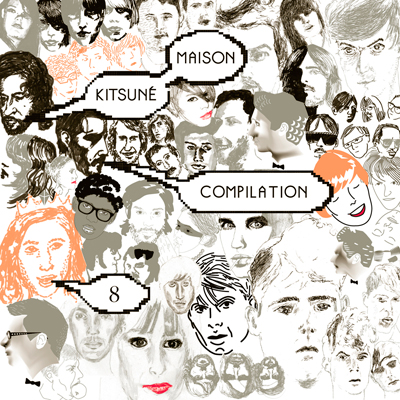 Get a taste of the super cool new compilation CD from French lifestyle brand Kitsune that drops in French stores on November 16. JBAG put together a mini mix of some of the tracks featured on the album that you can download here. Included on the album are tracks from French Horn Rebellion ("Up All Night"), Le Corps Mince de Françoise ("Something Golden"), Heartsrevolution ("Dance Till Dawn"), Beni ("Maximus") and Memory Tapes ("Bicycle"). Tres, tres cool