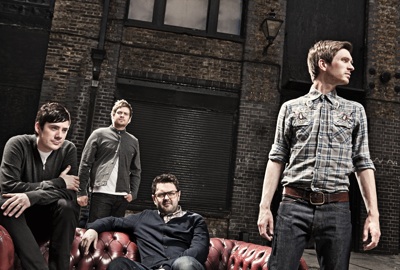 Where have they been all these years?

After British synth-rockers Athlete bounced on the scene with their Mercury-nominated debut, "Vehicles And Animals" in 2002, Athlete released 2005's "Tourist "and 2007's "Beyond The Neighbourhood." And then all of it a sudden it got very quiet.

But surprise, surprise. The group is back and sounding more vibrant than ever. Think Coldplay meets The Killers. Big, electro-tinged arena rock that is both atmospheric and incredibly uplifting.  Check out a guilt-free download of the new track "Superhuman Touch," that summarizes how the group is feeling, "I'm on fire and nothing's gonna hold me back."

It sure sounds the group is in a really good place. "Superhuman Touch" is taken from their upcoming EP, "The Getaway," that will be available digitally on November 3.