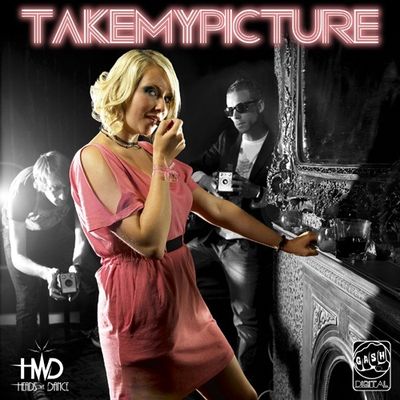 British electro-pop outfit Heads We Dance is one of the most exciting new pop acts to keep your eye on. The Leeds based trio of Bex (lead vocals/drums), Pete (vocals/synths) and Yoni (synths/vocals) have been releasing tracks and remixes ever since I first blogged about them almost two years ago.

Check out an exclusive MP3 download of their brand-new single "Take My Picture." It is a buzzing slice of catchy electro-pop that features both Bex and Pete on lead vocals harmonizing perfectly. It's Human League all over again. The song is one half of a double A-side single that also includes "After Dark."   Both tracks have been remixed by B-Xentric, Justin Faust and The Amplid. The single and remixes will officially hit on December 14 on Gash Records.

Heads We Dance "Take My Picture"