arjanwrites.com: A Few Words About the MTV Video Awards 2009

A Few Words About the MTV Video Awards 2009 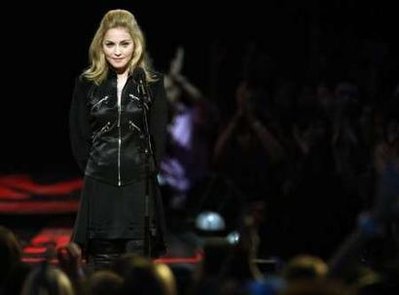 Tonight's MTV Video Music Awards was one of the best I've seen in years.

It had everything a good MTV show requires. Some of the world's greatest stars. Awesome live music. Magnificent performances. Innovation. Teenage icons. And, of course, plenty of drama. Overall, it was just a great celebration of popular music.

Highlight of the show for me was Madonna's very personal tribute to Michael Jackson that served as an introduction to Janet Jackson's musical in memoriam to her brother. Madonna described her memories about Michael Jackson so elegantly and honestly. "We allowed this magnificent creature to slip through the cracks," she said so perfectly. "He was a king. But he was also a human being. Long live the King!" Read Madonna entire speech here.

Janet Jackson's brief tribute to her brother was introduced by an elaborate dance sequence that mimicked some of his most famous dance moves from "Thriller," "Bad" and "Smooth Criminal." Janet blasted onto the stage virtually dancing and dueting "Scream" with her brother. She looked determined and focused to pay tribute to her brother in style. So well done.

Another highlight for me was Beyonce's show-stopping performance. She's has so much class and sass, combining exquisite vocals with impressive dance routines. She truly is the total package, isn't she?

Lady Gaga had her second big MTV moment (this was her debut) with her bloody, lace-tastic performance of "Paparazzi" that had people in the Twitterverse both scared and mesmerized.

Pink! showed what a daredevil she really is, hanging upside down in a gutsy trapeze act high above the Radio City Music Hall stage. Innovation sensation. What a fun house.

Coming full circle, Beyonce showed what a true class act she is when she offered Taylor Swift  the stage after her own VMA win for Video of the Year. The singer gave Swift her moment in the spotlight to re-do her acceptance after she was upstaged by a douchy Kanye West earlier that night who horrified Beyonce in the audience.

A great, memorable moment in the spirit of music and friendship. And what a respectable thing to do at a night that's all about celebrating music and magic in tribute to Michael Jackson.