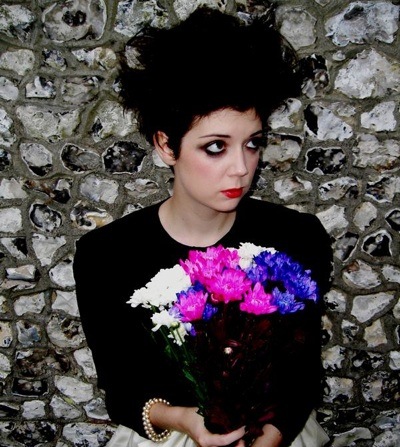 I first covered The Goodnatured when I stumbled over "Warrior" last year and was enthralled by Sarah MacIntosh's heart-on-her-sleeve songwriting. The 18 year-old songstress returns in November with a brand-new EP, titled "Your Body Is A Machine." Listen to "Human Eyes Cry Godly Tears" from that EP, which was produced by Sean McGhee who is mostly known for his work with Imogen Heap, Bjork and Temposhark.

Through the help of MySpace, "Warrior" created more hype than MacIntosh could ever have expected. Picked up by the likes of Steve Lamacq, Huw Stephens and Tom Robinson, songs off "Warriors” received extensive play on U.K. Radio 1 and BBC 6 Music. With rave reviews, Sarah found herself being compared to the likes of a young Kate Bush, Siouxsie Sioux, and lyrically to Morrissey.

Inspired by a troubled relationship and break-up, the beautifully-crafted "Human Eyes Cry Godly Tears" tells a deeply emotional story that reveals more of Sarah's songwriting intelligence. Pair this with Sean McGhee's soundboard savvy and what you have is an electro-pop gem of the finest kind.