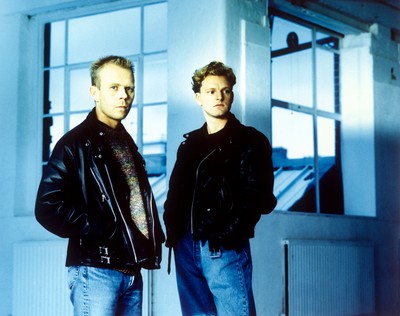 Iconic pop duo Erasure are set to release a brand-new "Phantom Bride" EP on October 12. The disc includes a remastered version of the classic title track plus brand-new remixes, including Vince Clarke’s Big Mix of "Hallowed Ground," Almighty’s 12” Essential Mix of the single "Chains Of Love" and Frankmusik’s mix of the title track.

The EP is a tastemaker for a 21st anniversary release of Erasure's third album "The Innocents," which was originally released in 1988. It's a classic '80s pop album that totally deserves another moment in the spotlight. Frankmusik adds a whole bunch of rhythmic twists and turns to the original. Download an MP3 of his remix totally guilt-free.