Lady Gaga Is The Fame Monster 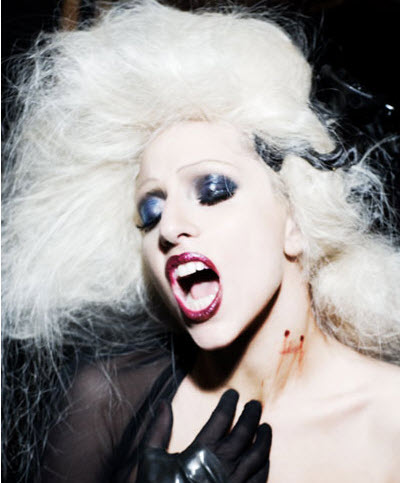 Lady Gaga vamps it up for Out's September cover story. Taking cues from True Blood, Twilight and Madonna's "Erotica," the "fame monster" poses naked for the cover, and discusses her devotion to the gay community, the value of glamour, and her fascination with’ 50s B horror films. “I very much want to inject gay culture into the mainstream,” she told writers Joshua David Stein and Noah Michelson. “It’s not an underground tool for me. It’s my whole life. So I always sort of joke that the real motivation is to just turn the world gay.”

Shot by Ellen Von Unwerth, the ten-page story shows the singer posing nude with a skeleton, wrapped head-to-toe in bandages, and lying in a coffin smoking. “I’ve become really fascinated with fantasy and monster movies of the ’50s,” she told Out. “Somehow I feel, socially, after a war or after something really bad happens there’s a rebirth of naiveté, so that’s where my obsession comes from. That’s when the fame monster is born.”

Check out all of the photos here. Read the entire interview here.