arjanwrites.com: Exclusive: Listen to New Temposhark "The World Does Not Revolve Around You"

Exclusive: Listen to New Temposhark "The World Does Not Revolve Around You" 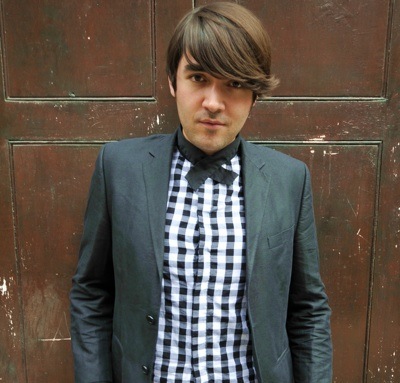 Following the release of their excellent debut album "The Invisible Line" in 2007, British pop outfit Temposhark returns this summer with some brand-new material.  Have an exclusive listen to the group's new single, titled "The World Does Not Revolve Around You," which is taken from their upcoming new LP "Threads" that will be out in 2010.

The song is somewhat of a departure from the rock-edged and glossy, electro-tinged pop of their first album.  "The World Does Not Revolve Around You" is a fun and energizing straight up pop ditty with its tight, pacing backbeat and super hooky chorus. Get your hands clapping!

The most quoted lyric from "The Invisible Line" was probably the self-obsessed "I've come, it's been fun.  But won't you please dissapear? Something tells me you can't further my career" (from "Don't Mess With Me").  This new track echoes a similar sharp-tongued and humorous sentiment, which should come as no surprise. "I actually wrote the first verse and chorus of the song while we were touring to promote the first Temposhark album," singer Rob Diament (pictured) writes me.  "The chorus line always stuck in my head and every so often I would sing it to myself."

"When I started album 2, the first song I wanted to do was this one," Diament continues.  "I took the small idea to my producer Sean McGhee and we spent the whole day laughing our heads off, especially writing the lyrics for the middle section - our favourite lyric at the time of writing it was 'I really want to like you but you only talk about yourself, it gets boring very quickly.' It was me in a mega-mean mood! It's not really about one person, although at our live gigs I sometimes say it's dedicated to myself."