Check out a very, very special collaboration between French DJ/producer Martin Solveig and Dragonette's uber-fabulous Martina Sorbara who recorded "Boys & Girls" under the guidance of the one-and-only French fashion designer Jean-Paul Gautier. Oh la la! The video for the song was shot in Gaultier's massive black & white mansion in Paris and features Martina, Martin and Jean-Paul himself.

"Boys & Girls" is used in a global advertising campaign to promote Gaultier's upcoming new MaDame fragrance. Very delicious. The song will not be made available for sale, but the original edit along with remixes of Laidback Luke, Bart & More and David Sugar will probably pop up on Gaultier's web site sooner or later.

This video emphasizes once again that Martina is a fresh new force in pop music that is so deserving of more attention. Just look at her. 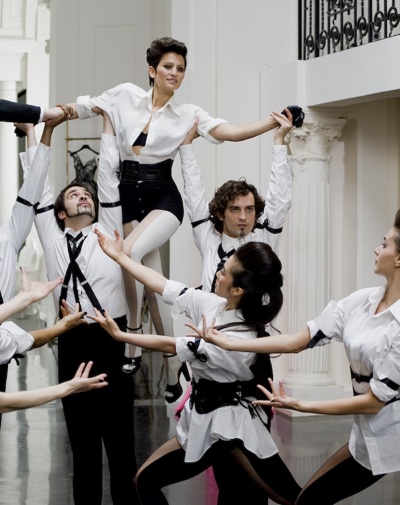