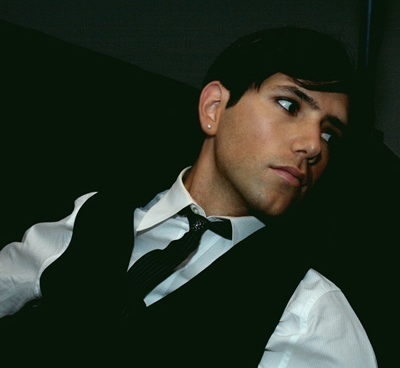 Yummy. Tiga's back. Check out a totally guilt-free MP3 download of "Shoes," a track taken from his forthcoming new full-length album, titled "Ciao," which will be released on Last Gang Records on May 26. "Shoes" is a signature Tiga dance track with its tight, pulsing beat, soft and glimmering synth effects, a little bit of camp and heavy dose of wit.

In an interview, Tiga describes how "Ciao" is different than his previous albums. " Writing songs before I record them," he says. "It thought this would primarily entail aging sheet music with teabags, but I quickly learned otherwise. It’s ultimately a matter of trusting yourself, of having the courage to say, 'These are the times, and these are the rhymes.'"

"Having now been through the process, I feel I have become exactly what Leonard Cohen would be if he owned a jet ski with a detachable sidecar. Or a bicycle built for two where the riders face each other. I call it a Spicycle."