arjanwrites.com: Free download: Sarah Borges "Better At The End Of The Day"

Free download: Sarah Borges "Better At The End Of The Day" 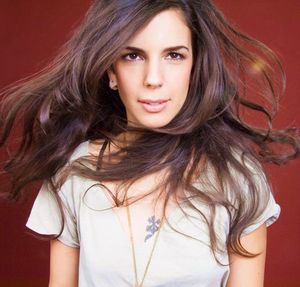 Time for something a little different. Are you up for it?

Check out a guilt-free MP3 download of alt-country crooner Sarah Borges. The Massachusetts-based singer first hit the scene with her debut album "Silver City" in 2005 that was followed by the critically acclaimed "Diamonds In The Dark" in 2007. Her latest effort, "The Stars Are Out," features five original tracks and five covers including revamps of tracks from the Magnetic Fields and Smokey Robinson. The LP was produced by Paul Q. Kolderie (Pixies, Radiohead) and Adam Taylor. What I like about Borges is that she brings a conviction, authenticity and dose of Americana to her music that I find very appealing. Fans of Sheryl Crow and Melissa Etheridge will be in for a treat with this track.

Download Sarah Borges "Better At The End Of Day"