arjanwrites.com: Free Download: LaRoux "In For The Kill" (Skream Remix)

« Free Download: Don Diablo vs De la Soul "Stand Up For Me, Myself And I" | Main | Keane and Raphael Saadiq Duet on "Everyday People" »

Free Download: LaRoux "In For The Kill" (Skream Remix) 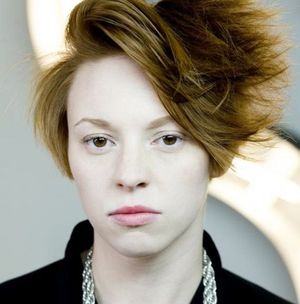 LaRoux is one of the most exciting new singers to have on your radar this year. The Tilda Swinton lookalike is Britain's answer to Robyn with her quirky style, super catchy electro-pop and fun, short ginger bob. Her new single "In For The Kill" officially drops in European digital download stores today. The song is the follow up to her debut single "Quicksand" that was released earlier this year and is available to U.S. listeners on Beatport. To celebrate the release of her new single, Polydor is giving away a soaring remix of the song produced by dubstep DJ Skream.