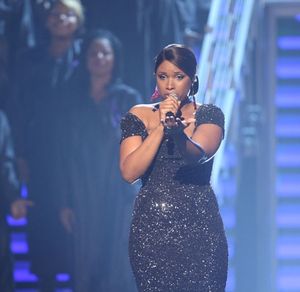 For the past 51 years, the GRAMMYs have garnered a reputation for celebrating music's diversity by pairing some of the best artists in the business and giving a global television audience something unique to remember. And this year was no different.

Tonight's ceremony easily lived up to the Academy's track record with its unusual and unexpected pairing of GRAMMY winners and nominees. By taking a chance on some of these duets while appealing to as many people as possible in one show comes the risk of alienating some fans and viewers. Some may consider GRAMMY shows a mixed bag, simply because the musical performances are so diverse.

One of the most noteworthy performances on Sunday was Radiohead's performance with the USC marching band. Radiohead hasn't played for a live U.S. television audience in many, many years, but agreed to it for this year's GRAMMYs.

Also, unexpected was Stevie Wonder's stomping duet with The Jonas Brothers. GRAMMY winner Herbie Hancock quipped backstage that he had been thinking about a duet with the Jonas Brothers as well, just because it would be so much fun, and to see it "would work." If it worked with Wonder is up to the television viewers to decide, but whether you liked or disliked it, it was a GRAMMY moment to remember.

Jennifer Hudson was one of my favorites of the night. She ripped it. Perfect vocals and a soul-stirring delivery that had me tear up for a second. Given her personal tragedy, Hudson's delivery comes from a place that is intensely personal but touches upon very universal emotions of loss and struggle that many can relate too. Hudson also was awarded with a GRAMMY for Best R&B Album.

The newly-formed Rap Pack emerged with Jay-Z, Kanye West, Lil Wayne, T.I, and a very pregnant M.I.A. who seemed to fully let loose on stage rolling and riffing with the hip hop gentlemen for "Swagga Like Us." Loving M.I.A.'s outfit too. so playful.

Coldplay picked up three GRAMMYs and were joined for their performance of their winning song "Viva La Vida" by Jay-Z.

Four Top's Duke Fakir spoke candidly backstage about his Four Tops performance with Smokey Robinson, Ne-Yo and Jamie Foxx. He wasn't sure if the four could pull it off as they had not rehearsed with all the four of them present.

Justin Timberlake made two appearances. He teamed with Atlanta rapper T.I. for a performance of "Dead & Gone," while singing earlier with the legendary Al Green and Boys II Men.

The ultimate teaming was the one of Robert Plant and Allison Krauss who won most of the GRAMMYs statues this year including Record Of The Year. Robert Plant told GRAMMY.com after the show that it only took a day for him and Krauss to struck a musical connection that has created a special bond that led to GRAMMYs most prestigous honor.  (Photo via Wiremage.com)